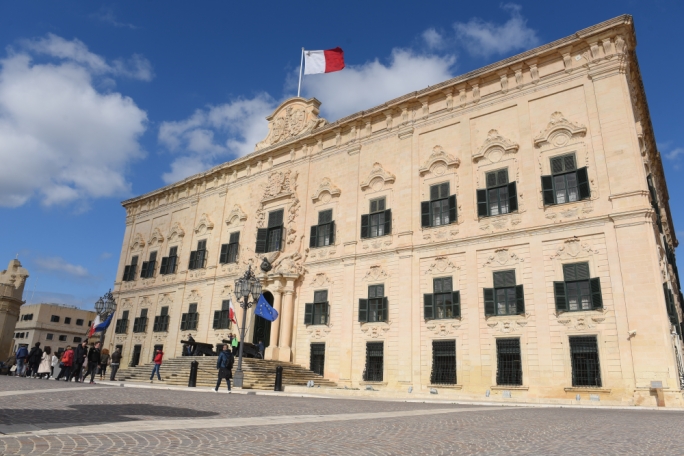 On the side of rule of law – Edward Zammit  Lewis

The Abela Administration was able to sustain these foundations even in challenging times and build the fourth pillar, that of the rule of law

2021 was a year of great challenge and struggle, however, it was also a year marked by hope and progress. Amid undoubtedly the worst public health crisis of our lifetime, Malta has come together in a spirit of shared responsibility, and community and proved that as a nation there is no obstacle or challenge, we cannot overcome together.

The Constitutional and institutional reforms undertaken in 2020 and built upon in 2021, were enacted to improve the separation of powers and the checks and balances inherent in the Maltese constitutional framework. They also portray the continued efforts of this government to strengthen a system that approves judicial independence and law enforcement under the rule of law.

Remarkably, this administration has achieved major victories in our efforts to uphold the rule of law and as a ministry, we have tabled a record number of bills presented by a single minister.

For decades, Malta has consistently lagged other countries when it comes to gender balance in Parliament, as evidenced by the European Institute for Gender Equality’s 2020 Gender-Equality Index and the 2020 Global Gender Gap Report. The latest 2020 data showed that women’s representation in the Maltese parliament stood at a mere 13.4% compared to the European average of 32.8%. We have discussed the issue for decades and nothing has ever been concretely done.

The law put forward will increase female representation in parliament and address Malta’s severe and persistent under-representation of women in the political sphere.

This administration has also recognised the need for separated individuals to start a new chapter in their life. The changes implemented eliminated the unnecessary four-year wait individuals needed to go through to start a new life in the formation of a new family unit with rights and obligations.

Furthermore, I introduced new amendments to the original 2013 Protection of the Whistleblower Act which consisted of procedures that provide protection to persons who report improper practices and wrongdoings in both the private and the public workplace. With the introduction of the EU 2019 Whistleblower Directive, the EU had introduced ground-breaking mechanisms to address any lacunas and implement an effective procedure to detect misconduct, fraud, bribery, and corruption, as well as prevent commercial crime. In light of EU rules, Malta has implemented several amendments to Chapter 527.

We have also reflected upon the importance to identify deficiencies and shortcomings in our legislation to further fortify minor protection and ensure that those minors who fall victim to abuse despite our efforts receive all the support and aid they need.  As a result, we have enacted Act LXIV of 2021 to address issues related to sexual offenses and react to new realities in our society.

We have expressed our willingness to develop a comprehensive digital strategy for the judicial field to coordinate future IT initiatives in line with European best practices and support the other governmental entities during the process of digitalization. Furthermore, we drew up plans to refurbish a building next to the court and develop a space for four new court chambers alongside 25 offices. This building will be now accompanied by a new courtroom alongside the main court, which will be accommodating about 5,180 hearings per year, amounting to an increase of four percent in hearings every year. We have also invested in a system of scanning of documents in the criminal court, together with further digitalization of judicial acts in the civil courts, including the Family Court and the Court of Voluntary Jurisdiction.

Recently, the Opposition presented a Bill to the House of Representatives claiming that this government is inactive and does not want to act upon the report provided by the Caruana Galizia public inquiry board on issues in connection to rule of law.

Without a doubt, this view is completely misleading and fabricated. Only during the Labour administrations, and in particular, the Robert Abela administration, certain antiquities, mostly from colonial and neo-colonial periods, were removed from the Constitution and Maltese law to strengthen rule of law in this country. It was this same administration that further invested in our institutions. Remarkably, it is also suspicious that the Opposition chose to put forward a rushed bill within the same time-frame of the government’s implementation of the recommendations of the public inquiry.

This government believes that this bill contains a few positive elements. In fact, the screening of the committee of experts, which the government has appointed, is precisely one of the suggestions of the public inquiry to get things right and to scrutinise any prepared legislation.

What we do not agree with is that things are done in this manner without consultation or basic research on the government’s plan on the inquiry findings. For this reason, the government chose to not back the Opposition’s bill as presented however, we will remain open to discussion and dialogue to embark on the fellow reforms.

The accomplishments within the field of justice by this administration are remarkable and unprecedented. Back in 2013, the newly elected Labour government built its strategy on three important pillars, which eventually introduced great achievements in civil liberties, social welfare, and economic well-being.

The Abela Administration was able to sustain these foundations even in challenging times and build the fourth pillar, that of the rule of law.

I am once again determined to keep on working harder together with the Prime Minister for the good of all Maltese and Gozitans citizens and to continue to safeguard Malta’s reputation abroad. It is the Robert Abela administration who time and time again proved that it is on the right side of history – on the side of the rule of law.

This website uses cookies to improve your experience while you navigate through the website. Out of these cookies, the cookies that are categorized as necessary are stored on your browser as they are essential for the working of basic functionalities of the website. We also use third-party cookies that help us analyze and understand how you use this website. These cookies will be stored in your browser only with your consent. You also have the option to opt-out of these cookies. But opting out of some of these cookies may have an effect on your browsing experience.
Necessary Always Enabled
Necessary cookies are absolutely essential for the website to function properly. This category only includes cookies that ensures basic functionalities and security features of the website. These cookies do not store any personal information.
Non-necessary
Any cookies that may not be particularly necessary for the website to function and is used specifically to collect user personal data via analytics, ads, other embedded contents are termed as non-necessary cookies. It is mandatory to procure user consent prior to running these cookies on your website.
SAVE & ACCEPT