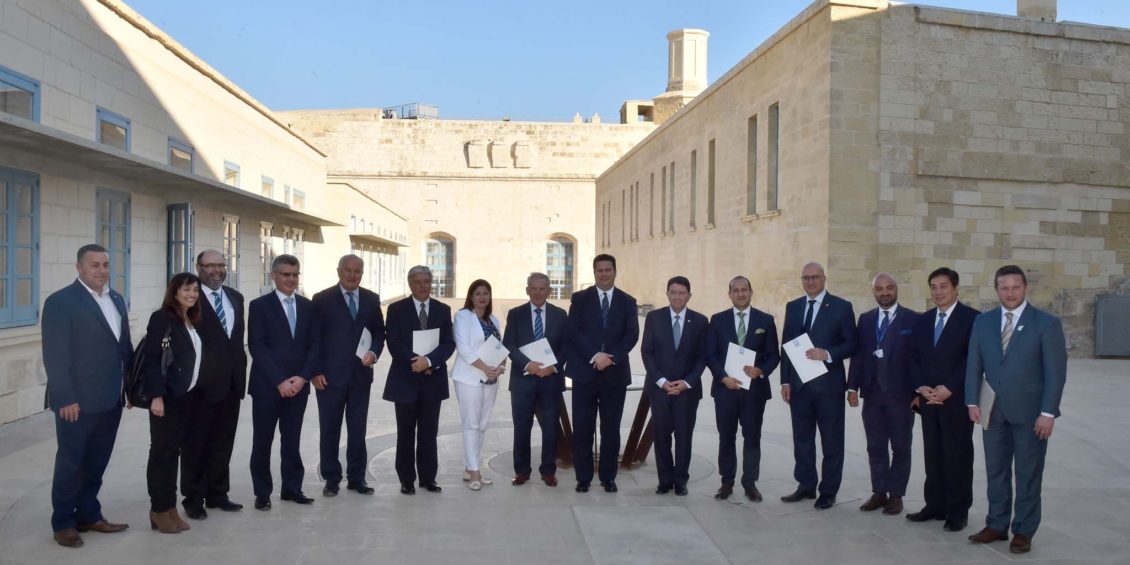 While addressing a masterclass regarding “Attracting Chinese Tourism to the Mediterranean’’, Minister for Tourism Edward Zammit Lewis stated that this event is also taking place within the context of the EU-China Tourism Year announced by the EU Commission for 2018. “It is significant, and indeed praiseworthy, that this event, held under the umbrella of the UNWTO, should throw the spotlight on the Mediterranean region and its potential to attract tourism from China”, said Minister Zammit Lewis.

Minister Zammit Lewis thanked the UNWTO for holding this conference in Malta. “We are glad to be hosting a major exponent of world tourism, UNWTO Secretary General Taleb Rifai, amongst us,” said the Minister.

The Minister noted that there is no doubt that tourism is a key industry and major economic pillar for most Mediterranean countries. The prospects for tourism in the Mediterranean region appear to be very positive although the challenges facing this part of the world are also dismaying. “The Mediterranean is facing increased competition from a growing number of destinations around the world, also as a result of the availability of affordable access to more far-flung destinations,” said the Minister.

During this event the participants discussed the potential offered by the rapidly developing Chinese outbound tourism market. The Minister stated that it is worth delving into the opportunities available for Mediterranean destinations in order to ensure that this region strengthens its appeal for Chinese tourists. “The creation and development of tourism products can be a clear opportunity to diversify, to extend the tourism season, and to help coastal destinations evolve. This can lead towards attracting new types of tourism, or to strengthen visitor loyalty”, explained Minister Zammit Lewis

For many destinations in the region, there is a clear opportunity to shift emphasis from quantity to quality, accompanied by a more effective levelling of the seasonal flow. The Minister noted that there is an enormous amount of nature-based and cultural heritage linked to coastal destinations that is still unknown to the global consumer.

“In the globalised market we operate in, I see a strong scope for marketing the Mediterranean as one destination: a destination with the strongest of uniquevalue propositions”, stated the Minister. However, he also said that this vision will remain blurred unless we can take up opportunities to form strategic alliances to position and brand the Mediterranean effectively in the international market, exploiting the wealth of what we offer. Such a move should also lead to improved competitiveness and better prospects for the sustainability of tourism, both from an individual destination as well as regional perspective.

“Mediterranean countries need to recognise and address some additional challenges and issues in order to effectively establish themselves as successful destinations.” The Minister also stated that “We need to be on the right ‘Chinese tourist track’, with the necessary infrastructure in place, have businesses and staff geared up to deal with Chinese visitors, and have the product that this market wants. Therefore, aspects such as relevant product development, language training, and a stronger understanding of specific needs are considered imperative for attracting tourists from China.”

The Minister also emphasised that Mediterranean countries need to increase connectivity, thus rendering the concept of multi-destination visits more feasible and achievable. Together as one region, there is a need to formulate realistic and workable ways of developing and projecting a Mediterranean brand in China.

The signing ceremony of the UNWTO’s global code of ethics for tourism was held at Fort St. Angelo. Six local organisations committed themselves to the ten principles of the Code of Ethics pledging their commitment towards corporate social responsibility, enabling access to adequate occupations, and to support and empower people at all levels of society by promoting a “tourism for all” mentality.

Minister Zammit Lewis acknowledged that endorsing the Global Code of Ethics for Tourism represents a strong commitment and that he is particularly pleased that Air Malta, the Gozo Tourism Association, the Malta Hotels and Restaurants Association, the Federation of Associations of Travel and Tourism Agents, the Malta Chamber of Commerce, Enterprise and Industry, and, finally the Valletta Cruise Port—all of which are Maltese professional organisations—are joining the list of the signatories to the Code.

“I truly acknowledge and applaud the significant advancements in UNWTO’s engagement with the private sector. I augur that today will pave the way to expose other enterprises and organisations to the Code, for the principles stipulated therein to be even more strongly reflected in our daily behaviour. Clearly, we must be the guardians of a new balance, one that must fully respect the environment and the people within our communities”, concluded Minister Zammit Lewis.

Any cookies that may not be particularly necessary for the website to function and is used specifically to collect user personal data via analytics, ads, other embedded contents are termed as non-necessary cookies. It is mandatory to procure user consent prior to running these cookies on your website.